Welcome to my homepage. 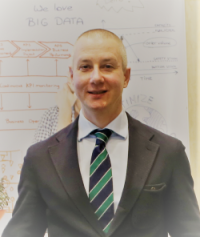 I have some open positions that I am happy to fill with qualified candidates. Note: Incoming application must go through the Human Resources Department („Personaldezernat“) of the university.

My most-preferred communication channel is email, not {phone, fax, mail}. If you urgently want/need to reach me, send me one (even if calling me on the phone sounds like a good idea to you, it’s not). Seriously.

Please note: My work requires time and concentration. Therefore, I do not „text“, „tweet“ or similar, and I do not engage in „social networks“. But of course, I am happy to share my results and thoughts through publishing and by giving presentations.

Alternatively, you may approach me directly in the gym, i.e. the one below the Mensa, where I combine my passion for solving heavy problems with heavy (but still sensible, age-appropriate) lifting. Or, as the saying goes, „education is important, training hard is importanter.“ 😉 Apologies, no gym time at the moment due to some recent health issues.

I am interested in hard (mostly: NP-hard) combinatorial optimization problems with applications in routing, scheduling, and timetabling. In this context, I am particularly focussing on (i) how to devise novel, best-in-class planning approaches and algorithms , (ii) structural properties of combinatorial search spaces, and (iii) the efficient implementation of modern heuristics in running systems (which includes the identification of efficiently solvable sub-problems and the construction of problem-specific, appropriate data structures).

Some of my research activities are devoted to optimization/implementation challenges. In case you want to take a closer look: please continue reading on the „Implementation Challenges“ section.

Optimization problem: distribution and subsequent installation of equipment, such as vending machines.

Optimization problem: the Steiner Tree Problem in an (undirected) graph.

(finals held in July 2017 in Amsterdam, the Netherlands)

(part of the 22nd International Conference on Principles and Practice of Constraint Programming, September 2016, Toulouse, France)

Optimization problem: building a roster for nurses in hospitals (=a timetabling problem).

This part is no longer maintained. Instead, the interested reader is referred to:

After being born November 1973 in Ellwangen an der Jagst, I grew up in Aalen, Germany, where I also earned my „Abitur“ (A-levels) at the Schubart-Gymnasium.
I am, since 1996, married to TLOML Monika Geiger, née Pilinszki.

Prior to joining the faculty of the Helmut-Schmidt-University/ University of the Federal Armed Forces Hamburg in July 2009, I held a position as a tenured Associate Professor in Operations and Supply Chain Management at the University of Southern Denmark, Odense campus, Denmark (2008–2009). Before, I was an „Akademischer Rat“ (translates to something like an untenured Assistant Professor) at the „Lehrstuhl für Industriebetriebslehre“ (Production and Logistics Management Department) of the Universität Hohenheim at Stuttgart, Germany (2005–2008).

From 2003 to 2005, I was member of the Automated Scheduling, Optimisation and Planning Research Group at the University of Nottingham, UK, conducting research on a project involving an industrial partner from the printing industry. 2001 to 2002: research and teaching assistant, „Lehrstuhl für Industriebetriebslehre“ (Production and Logistics Management Department), Universität Hohenheim at Stuttgart, Germany.

I gained some industry experience during my times as a business consultant at „Bauder Management Partner“ (now called averi) in Stuttgart, Germany (1999–2000).

In 2008, I ranked first for a W3 (full) professor position at the Mercator School of Management of the Universität Duisburg-Essen, Germany, an offer I declined (instead, I moved to Odense, Denmark, see above).

Contributions to the scientific community

Over the years, I have made some contributions to the scientific community (apart from publishing papers, presenting my work at conferences, serving on scientific committees of conferences and workshops, and reviewing many manuscripts).

Some of my research activities have been financially supported by organizations outside my university. To mention are in particular: