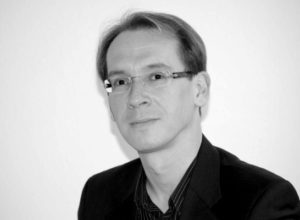 Gary S. Schaal is the Head of the Chair of Political Science, in particular Political Theory at the Helmut Schmidt University / University of the Federal Armed Forces Hamburg. He studied Political Science, German Philology and Philosophy at the FU Berlin. Following his higher education, he worked at the FU Berlin, TU Dresden and the University of Stuttgart. Subsequently, he was a Heisenberg fellow of the DFG. Gary S. Schaal was a visiting professor at the Berlin Social Science Center (WZB) and at the Sciences Po Lille. His research interests are in the areas of Political Theory, Emotion Research, as well as empirical Democracy and Digitalisation Research.

He is a member of the executive committee of the Digital Humanities Infrastructure Clarin-D, as well as the planning group »Digitalization and Democracy« of the German National Academy of Sciences Leopoldina and a consultant of the German Federal Ministry of Defence in the Areas Maritime Security and Digitalisation.