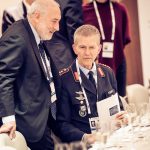 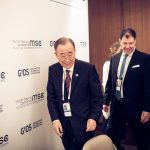 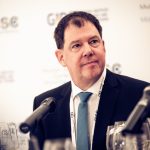 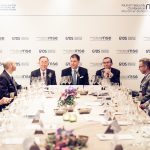 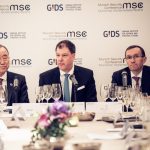 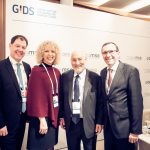 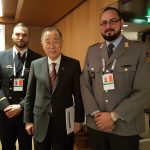 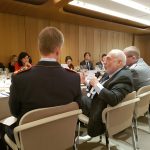 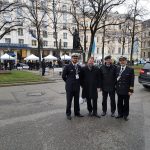 “Adaptation to climate change: A future role for the military?”

These days climate change is controversially debated amongst different groups. Although international efforts to fight climate change have been negotiated (UNFCCC 1992, Kyoto-Protocol 1997, Paris-Treaty 2015) overall success is still missing. While we observe a rough stabilization of GHG-emissions in OECD-countries, the world-wide GHG-emissions have nevertheless tremendously increased in the last 30 years. The two basic climate policy options available are rather straightforward: You either try to prevent climate change (mitigation) or else you have to live with the consequences (adaptation). The two approaches are interrelated: The more adverse effects of climate change are prevented, the less adaptation measures must be taken and vice versa. First implication: Although we all wish to mitigate the severest impacts of climate change, we have to politically consider scenarios where it takes place in different shapes. And: The longer the international community fails to make use of preventive options, the more drastic the adaptation measures will have to be.

Two main reasons for these political failures can be identified: The international community has repeatedly promised to provide an international common good in a cooperative way. The first reason can be labelled a fundamental ‘error of construction’ and has been made during the Framework Convention on Climate Change in Rio de Janeiro in 1992 – one hell of a good intention (Stephen Ward): Developing countries were granted an unconditioned status that released them from any prevention responsibility (keyword: common but differentiated responsibilities). Secondly, arguing from an economic point of view: the slow implementation or lack of global prevention measures can be explained with non-internalised external effects: In the presence of external costs, the emitter of greenhouse gas emissions may charge third parties with the costs of the related climate changes – this is the case both geographically (for example, emissions from German traffic reinforce climate change in Southeast Asia) and temporally (today’s emissions from air travel will result in a sea level rise in 30 years from now). The dimensions of space and time may, of course, blend into one another, which makes the problem difficult to manage for today’s actors. Due to incomplete cost accounting, external costs today lead to a situation where excessive production quantities are produced too cheaply. Additionally, considering the fact that human beings in average behave myopic as well as impatient, effects in the far future are not as important as effects today – discounting on a political scale implies a “dictatorship of current living generations against future living ones”.

Climate-induced migration (which is no legal category) as one major future impact would be some kind of internalisation of the external costs mentioned above. Additional examples of security threats due to climate change are given as follows (according to the German Advisory Council on Global Change (WBGU) 2007, Summary for Policymakers, pp. 5):

1.     Possible increase in the number of weak and fragile states as a result of climate change,

3.     Risks of growing international distributional conflicts between the main drivers of climate change and those most affected,

4.     The risk to human rights and the industrialized countries’ legitimacy as global governance actors,

– Discussion at the table

Although adaptation will dominate climate policy in the future, let us shortly concentrate on mitigation within the armed forces: Greening the military could be an interesting environmental protection programme, but the mitigating effects are very limited: 2017, the total US DOD energy-related greenhouse gas emissions amounted to 59 million metric tons of CO2. The emissions of US forces thus slightly exceed the overall emissions output of Sweden! Compared with global energy-related CO2 emissions of 32.5 Gt in 2017, the percentage of emissions caused by U.S. Forces is about 0.18%. And these are the largest forces world-wide. Thus, even if we considerably reduce GHG-emissions in the military, this will not reverse the general trend of rising world-wide GHG-emissions.

Therefore, adapting to climate change would be a more interesting option for armed forces in four different dimensions. In our paper (Bayer/Struck 2019) we categorized four possible scopes where armed forces are obliged to deal with climate change:

1.     Military infrastructure and personnel: e.g. climate-induced changes to ground conditions have various adverse consequences for military personnel, since they often cause damage to the surfaces of buildings, roads, and runways (US DoD 2019).

2.     Changing military missions and profiles: (a) New and more types of missions for armed forces (North-East-Passage). (b) Humanitarian missions due to climate change (e.g.  Spain established in 2006 the Unidad Militar de Emergencias (UME) which is responsible in the fields of disaster management and humanitarian aid within its armed forces. These Spanish military units are also understood as an element that can be used to deal with climate-related disasters. The UME is comprised of approx. 4,000 soldiers who can be deployed both at home and abroad (Spanish Institute for Strategic Studies 2018). (c) Disaster relief management (e.g. such a future role of NATO is possible – bearing in mind though that the in 2019 finalized new military strategy explicitly excluded this type of military missions on the strategic level).

3.     Procurement: Political restrictions due to climate change possibly affect armed forces. For example Canadian Forces concentrate as far as possible on the purchase of dual-use-vehicles (with some exceptions).

4.     Not yet realized: Compensating climate-induced economic losses by temporal employment of unemployed people in the armed forces? Adapting to climate change leads to more tasks for armed forces – and the labour supply is due to economic losses as a consequence of climate change growing. Thus, an almost historic idea of Lord Keynes which has been multiply applied in so many countries in the world during economic depressions raises attention – why not apply it to our specific question?

1. Fighting environmental terrorism in Brasil: Illegal demining as well as illegal deforestation are fought by Brazilian Armed Forces. Up to three brigades have been formed for that task. Whenever transnational phenomena prevail, spontaneous coalition can be observed e.g. Brazil and Peru are trying to collaborate in those cases.

2. Disaster relief management after easter El Nino in Peru in 2017 as one consequence of climate change: More than 100 people have died, nearly 158,000 were displaced and 210,000 homes were damaged. Streets and other infrastructure are heavily mauled and partly destroyed etc. Only the Armed Forces had the capacities for humanitarian disaster relief measures to help the affected people.

– Discussion at the table.

Let us end with some concluding remarks trying to recall the key-questions of the invitation to our dinner:

Question 1. – Forces – has intensely been discussed. These discussions must be intensified in all constellations in future because I expect that we have to deal with that task in future, which coerces us to be prepared.

Question 2. – Strategy: Armed forces may gain social reputation trying to find a silver bullet: When adapting to climate change leads to the strategic decision to purchase military equipment on a fossil-free base, then military action can be ensured even if there is no access to fossil fuel in the future. As a by-product, GHG-emissions today will be reduced (which is not the main argument). However, when military investments today promote a greening process in different societies, armed forces may act as technological leaders and enabler for climate friendly or even climate neutral societies.

Question 3. – Politics: Maintaining a functioning world-wide climate-system is a multilateral political task, where we are on our way to completely fail. I fear that this might lead to a failure of cooperative international policy in total. Adaptation to climate change is more or less a national task – and if adaptation to climate change dominates future climate policy, I am afraid of starting a new era of mainly isolated national policies where the resilience as well as the resistance against the severest impacts of climate change will dominate the political debates. Armed Forces must be effective to protect national societies against these threats, but it is unnecessary to emphasize that preventing climate change would have been more efficient.