There were individual and team evaluations in which the HSU athletes, among others, were able to show what they were made of.

The individual competitions took place on saturday. In the case of women, there was silver and bronze for our university. A very strong field of participants among the men of up to 40 athletes per weight class ensured three very good 7th places in the individual ranking.

In the team ranking, the girls and boys of the HSU succeeded in taking the title “Third best University Judo-Team in Germany” from a field of participants from 26 universities.

“It was a very long way to the medal over six fights, five of which we won. I think we represented the HSU in a worthy way, especially in the team competition”, one of the students wrote to us after the competition.

We think so too and congratulate our athletes from the Judo AG on this great achievement!

“Year after year, the German University Championships Judo are not only one of the largest national competition events in university sports, but also one of the largest tournaments in Germany in terms of the number of participants,” writes the General German University Sports Association (adh) on its website. With the coming year, this fact will be taken into account again, because from 2023 the student competitions will be direct qualification for the German Championships.

The next German University Championships are expected to take place on 4 and 5 November 2023. 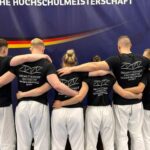 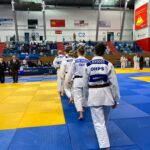 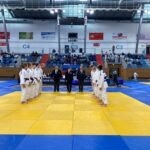 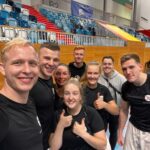 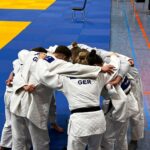