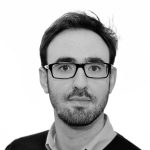 PhD-project:
China Experts in the Federal Republic of the 1970s (for more information click here)

PhD-project: China Experts in the Federal Republic of the 1970s

China Experts in the Federal Republic of the 1970s (working title)

This project examines the role of China connoisseurs and China experts during the transformative phase of Western-Chinese relations in the period of the long 1970s by focusing on the Federal Republic of Germany (FRG) and its relationship to the People’s Republic of China (PRC).

The diplomatic rapprochement between the PRC and Western states since the mid-1960s has traditionally been interpreted as the result of strategic foreign policy during the Cold War. This perspective on international relations as an arena of inter-governmental politics, however, remained fixed on the image of a dominantly politically controlled transformation. As important as the role of leading politicians such as Henry Kissinger or Gerhard Schröder undoubtedly may have been, this process was not merely a political-diplomatic project. The approach of my project is therefore to examine the significance of China experts – here understood as publicists, scholars, intellectuals familiar with Chinese conditions – for the development and expansion of inter- and transnational relations. With the help of these influential agents, it is possible to better understand the dynamics and complexity of the transformation during the long 1970s.

The aim of the dissertation project is twofold: Firstly, the case study of German-Chinese relations will be used to trace the role played by selected China connoisseurs such as Klaus Mehnert and China experts from political science, sinology or law in establishing and expanding diplomatic, political, economic and cultural relations, and the extent to which they became mediators. Secondly, it shows how, parallel to this, governments and private economic players recognised the need for distinct expertise on China and how this expertise was structurally built up.

Sicherheitsbereich – Ein Symbol der Abschottung (Interview with NDR-Info on May 7, 2021, about the planned conversion of Helmut Schmidt University into a military security area)

The Potential and Limits of Transfer within The Axis Alliance: The Nazi Germany Reception of Japanese Settler Colonialism (1933-1945), Konstanz 2018 (masther’s thesis, written in German).

Autumn Trimester 2019
Between Transfer, Cooperation and Competition: A History of the Axis Alliance – Undergraduate seminar (held in German)